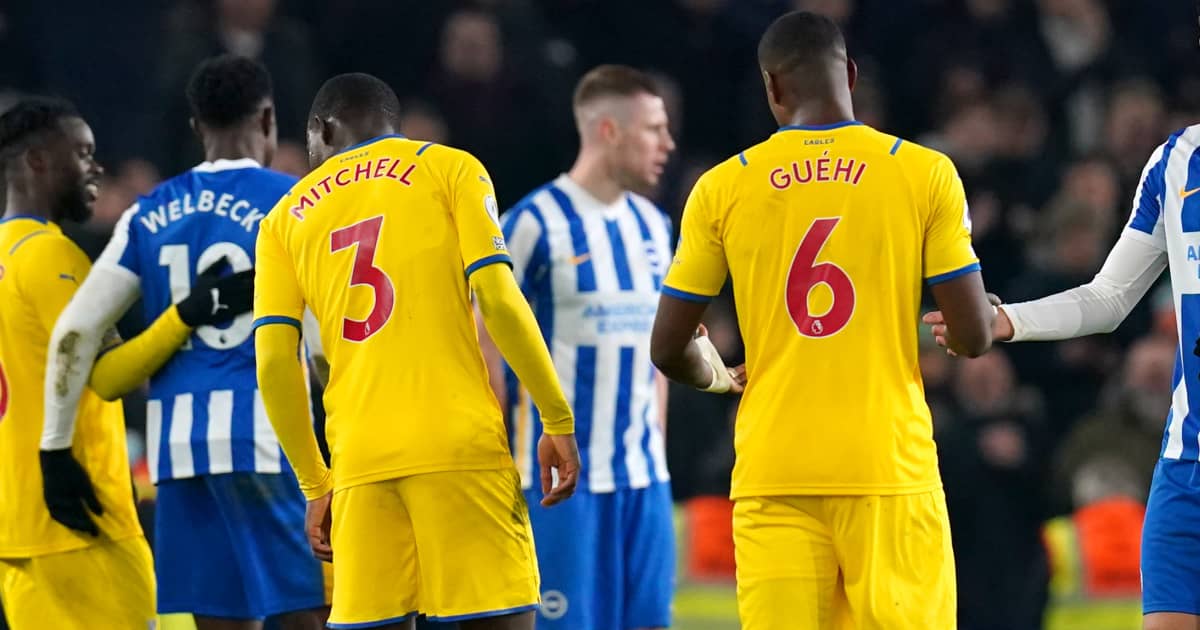 For Palace FC, seeing players represent the national team is something to be very proud of. Fans have, though, grown used to Palace being a home for stars of national teams other than England. Given the clubs status as a mid-table Premier League club, England call-ups tend to be pretty few and far between. Despite boating have internationals from nations as well-regarded as Belgium and Senegal, English players wearing a Palace and England shirt are quite rare.

This season, though, has seen the likes of Conor Gallagher get a call-up for the national team. Now, from the sounds of it, Eagles fans could be seeing two players in the current squad called up to play for the Three Lions in the near future.

England manager Gareth Southgate was at Molineux to watch Palace come out 2-0 winners, and in that game the defending was as important as the attacking play. At the back, defenders Marc Guehi and Tyrick Mitchell had outstanding games. The pair were tremendous, and calls were made after the game for both to be given a shot in the senior national side.

Now, that looks like happening. Guehi, who has captained England at U21 level, has been subject of interest from the Cote D’Ivoire. However, unlike Wilf Zaha, he is likely to wait for an England call-up. Guehi could be a key player for England, as the defensive unit has been one of the most questioned parts of the team in recent years. Young, athletic, intelligent, and technically sound – he could be everything that England need to fill-up their central defensive quota. His aggression and reading of the game would make him an ideal partner for someone like John Stones in the England set-up.

Mitchell adds another excellent choice for left-back, as well.

Part of the shift in the squad since Patrick Vieira walked through the doors at Selhurst has been bringing down the age of the team. Look at the collection of exciting young talents, and it soon becomes obvious that Roy Hodgson has left. Gone are the days of a more trusted core of obstinate veterans, and in comes the younger talent.

Mitchell and Guehi are part of this core, as is Gallagher. The fact Gallagher is only a loanee is a shame, but he could definitely add to a young core of Palace players for the rest of the season. Mitchell was outstanding in the Wolves win, and was absolutely the shining light of the full-backs who were involved in the game. He brings a pace and energy to the left-hand side that England arguably lack, with only really Luke Shaw as a left-back worthy of the national team shift. Even then, the Manchester United full-back has seen his form evaporate since scoring in the UEFA Euro 2020 final.

Regardless, it looks like Palace fans could grow used to seeing younger players in and around the England team who wear the Eagle on their chest for club games.