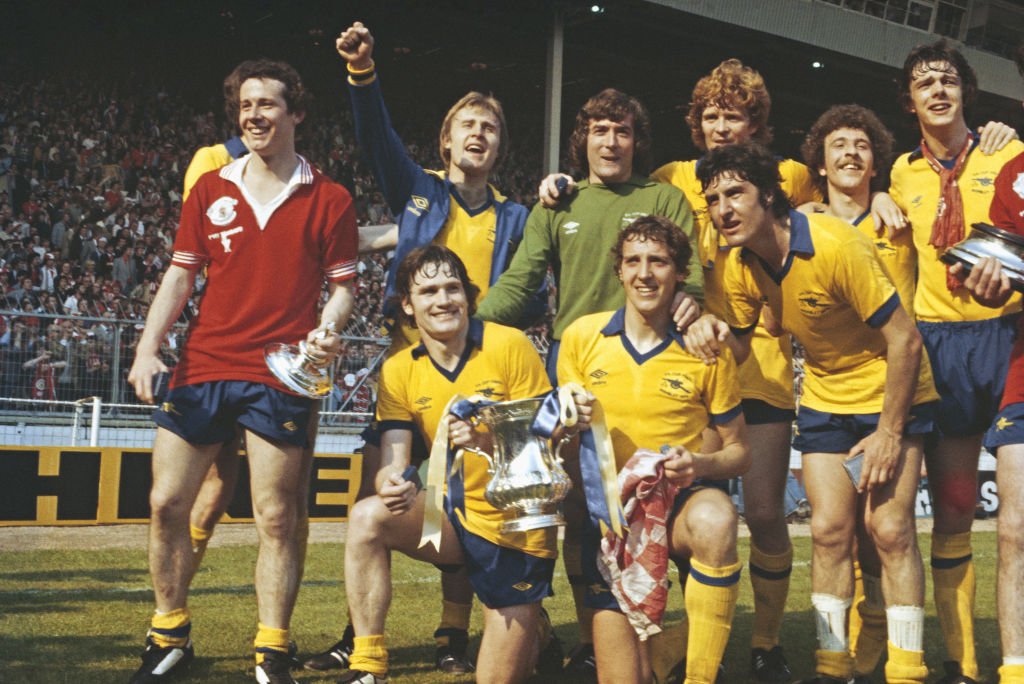 The first ever FA Cup meeting between the two clubs took place 113 years ago. A brace from Bert Freeman proved decisive as Woolwich Arsenal ran out 3-2 winners in front of 26,500 fans at Bank Street, advancing to the semi-finals at United’s expense.

Arsenal were battling against relegation to the Second Division in January 1906, while United were pushing for promotion to the top flight. Charlie Sager put the hosts in front in the first minute, but Freeman restored parity with his first goal of the afternoon seconds later. And although Jack Peddie restored United’s advantage with half an hour on the clock, goals from Tim Coleman and Freeman sent the Gunners through to the last four.

Arsenal triumphed in this five-goal thriller of an FA Cup final, which featured perhaps the most dramatic denouement in the competition’s long and illustrious history. The Gunners appeared to be cruising to victory as the game entered its final stages, with goals from Brian Talbot and Frank Stapleton having seen them establish a 2-0 lead at half-time.

United appeared to be dead and buried as the clock ticked towards the 90-minute mark, but Gordon McQueen gave Dave Sexton’s side hope when he fired the ball home with four minutes left to play. The equaliser arrived soon after, Sammy McIlroy squeezing a shot past Pat Jennings after doing brilliantly to turn away from two Arsenal defenders.

The momentum was firmly with United at this stage, but the Gunners showed tremendous resilience to go up the other end and score an 89th-minute winner, Alan Sunderland latching onto Graham Rix’s cross to win the cup for his team.

Following sixth-round triumphs over Everton and Aston Villa respectively, Manchester United and Arsenal locked horns in the semi-finals in 1982/83. The Gunners drew first blood through Tony Woodcock, who was on hand to push the ball over the line after Steward Robson had jabbed it goalwards.

Bryan Robson made it 1-1 in the second half with a fine finish into the bottom corner, before Norman Whiteside broke beyond the Arsenal backline to smash what proved to be the winning goal past George Wood. United duly progressed to the final, where they defeated Brighton and Hove Albion 4-0 in a replay after a 2-2 draw at Wembley the first time around.

One of the all-time great FA Cup matches, United ultimately prevailed in this scintillating semi-final replay at Villa Park. The two sides had drawn 0-0 in the initial meeting and it looked for a long while that they would not be able to be separated in the second encounter either. David Beckham broke the deadlock with a fine 30-yard strike, but Arsenal were back on level terms in the 69th minute when Dennis Bergkamp found the net with a long-range effort of his own.

Bergkamp then spurned a golden chance to win the game for the Londoners in the last minute, as Peter Schmeichel palmed his penalty clear of danger. Arsenal now had a numerical advantage following Roy Keane’s sending-off, but a wonder-goal from Ryan Giggs – the Welshman slalomed past Patrick Vieira, Martin Keown and Lee Dixon before slamming a shot into the roof of the net – settled the tie in United’s favour in extra time.

An FA Cup final clash between the two teams who had dominated English football for eight years, this was a one-sided game in which United failed to make their dominance count. Arsenal only managed one shot on target in 120 minutes of action compared to their opponents’ eight, but a dogged display from Arsene Wenger’s men took the game to a penalty shoot-out.

Lauren, Freddie Ljungberg, Robin van Persie, Ashley Cole and Patrick Vieira all converted from 12 yards, as did Ruud van Nistelrooy, Cristiano Ronaldo, Wayne Rooney and Roy Keane – but Paul Scholes’ miss meant it was Arsenal who lifted the trophy in Vieira’s final game for the club.