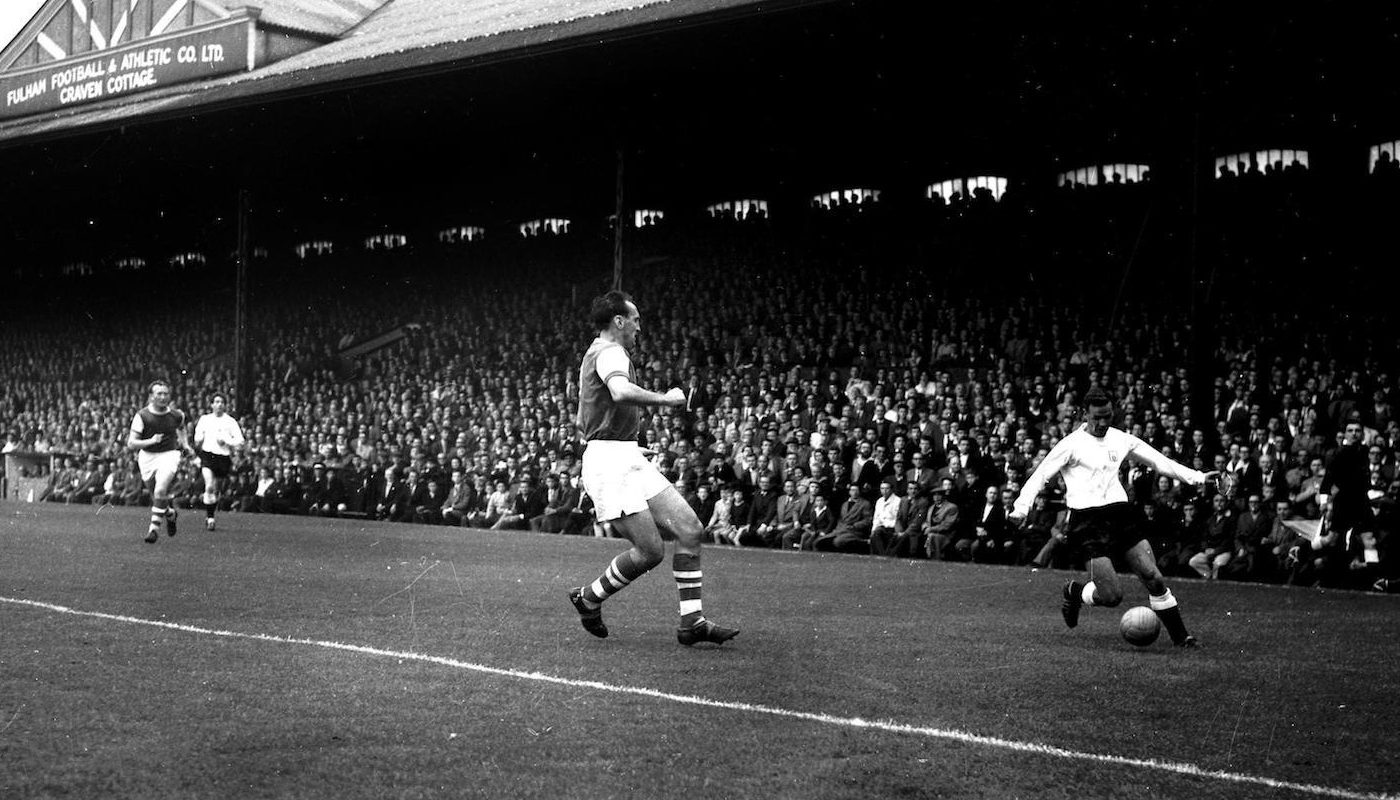 The Boxing Day fixture list is widely seen as an intrinsic part of the English football calendar, with its continued presence in 2019 representing a rare nod to tradition.

Perhaps, though, the primary reason for its endurance is the widespread hope that a repeat of the 1963 edition cannot be too much further around the corner.

It was a truly ludicrous afternoon in the First Division, featuring 10 matches, 66 goals and countless questions about just how many pigs in blankets some of the league’s defenders had consumed the day before.

12 months after games up and down the country were claimed victim by particularly harsh winter weather, all 20 top-flight clubs played their part in one of the most entertaining rounds of matches in the history of English football (with the possible exception of Scrooges Leicester City and Everton, whose meeting ended in a regulation 2-0 home win at Filbert Street).

The most eye-catching result came at Craven Cottage, where Ipswich Town – who had been crowned champions just 18 months previously – were vanquished 10-1 by a rampant Fulham outfit featuring Bobby Robson, George Cohen and Johnny Haynes. Graham Leggat’s three-minute hat-trick in the Whites’ demolition job was the fastest ever in the English top tier until last year, when Southampton’s Sadio Mane snatched the record with a treble in two minutes and 56 seconds against Aston Villa.

The excitement was not limited to the west side of the capital, though: 15 miles east at Upton Park, West Ham United were involved in a thrilling 10-goal encounter with league leaders Blackburn Rovers. Unfortunately for the hosts, their opponents were responsible for 80 per cent of the strikes and headed back north in high spirits following a thumping 8-2 triumph.

Belated Christmas gifts were also on offer at Bloomfield Road, where Blackpool showed plenty of festive spirit by allowing Chelsea to find the net five times; the Tangerines managed only a single goal in response, much like Manchester United in their 6-1 defeat by Burnley at Turf Moor. Sean Dyche would probably settle for a repeat of that scoreline when the two clubs lock horns again in April.

Liverpool went on to win the league in 1963/64, as Bill Shankly saw his decision to ban booze at Yuletide vindicated when the honours (and champagne) were handed out at the end of the campaign. The Scot’s players were suitably fresh after snubbing the sherry on Christmas Day, and duly ran out 6-1 winners against Stoke City at Anfield.

The West Midlands played host to two exhilarating and topsy-turvy draws: West Bromwich Albion, whose players had been on strike a few days previously after being told they would have to wear shorts on Boxing Day despite the freezing temperatures, came from 4-2 down to secure a point against Tottenham Hotspur, while Wolverhampton Wanderers were held to a 3-3 stalemate by Aston Villa. That result was replicated at the City Ground, where Nottingham Forest squandered a three-goal lead to share the spoils with Sheffield United; Sheffield Wednesday, who also went 3-0 up against Bolton Wanderers, showed Forest how to shut up shop by, well, shutting up shop and registering a welcome clean sheet in front of their own supporters at Hillsborough.

“What happened on Boxing Day 1963 was bewildering,” said Liverpool striker Ian St John. “It was as if the clubs were making up for the total lack of games the previous season.”

Fulham midfielder Alan Mullery, meanwhile, reflected on the general unpredictability of matches played in late December: “There always used to be strange results at Christmas… it was something you just couldn’t get the gist of. You could win heavily and lose heavily.”

The return fixtures were staged just two days later, with revenge top of the agenda for those teams beaten on Boxing Day. Manchester United successfully got their own back on Burnley, triumphing 5-1 at Old Trafford, while Ipswich recovered from their 10-1 thrashing in London to defeat Fulham 4-2 back on their own patch. There were only 37 goals in total, though, which was something of a comedown after the extravagant exploits of 48 hours earlier.

Eighteen Premier League sides are in action on Thursday, when football fans everywhere will be hoping for a feast of entertainment akin to what was served up on Boxing Day 1963. It is highly unlikely to happen, of course, but it could be worth checking the odds on Manchester United 2-8 Newcastle just in case.