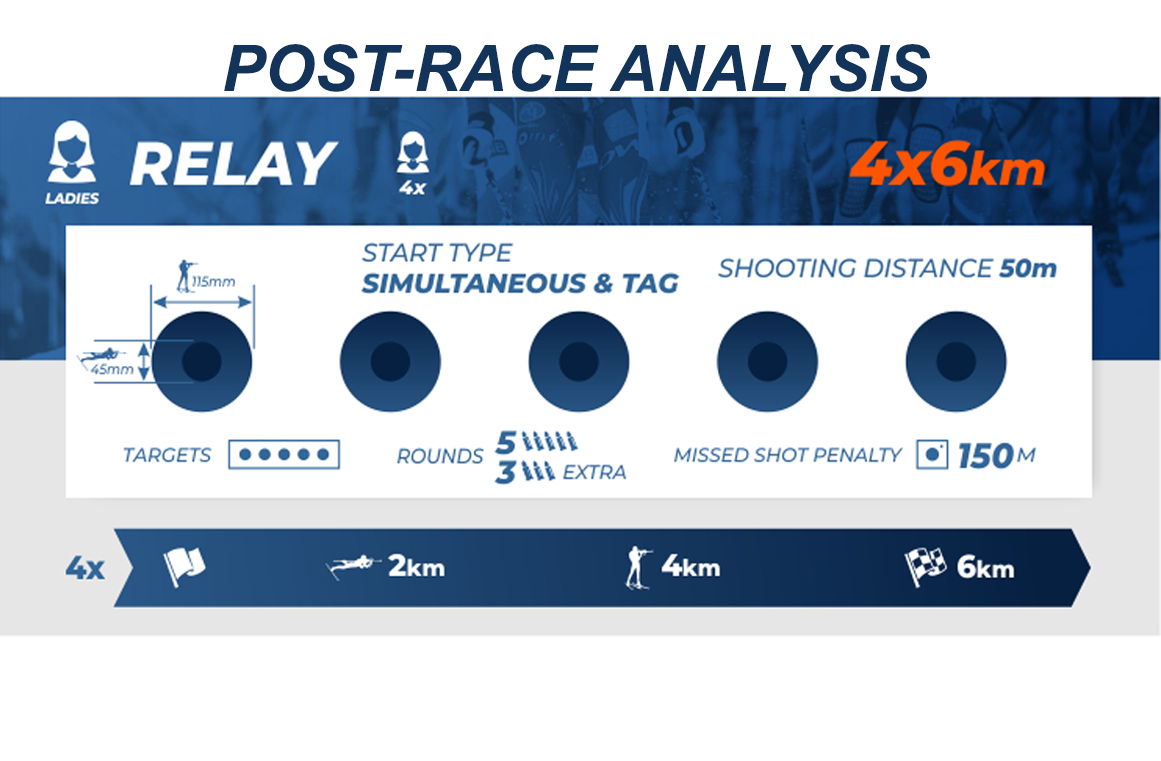 Despite her young age and relatively few starts at the highest level, Elvira Oeberg has already shown that she is a fierce fighter and a touch opponent in head to head combat on the last loop. During the women’s relay in Hochfilzen, earlier in the season, she outsprinted the former cross country skiing sprint ace, Denise Herrmann, in the home straight, to get the Swedes on the podium. This time her two misses on the standing shooting saw her leave the range after the eighth and final shooting some 3-4 seconds behind Belarus’ fast skiing Elena Kruchinkina.

Krunchinkina was able to sustain a gap for almost the entire last lap, and it looked like the Belarussian team was heading for victory, however on the last climb Elvira Oeberg turned on the overdrive and closed the gap. Entering the home straight she moved by Kruchinkina and crossed the finish line ahead.

The stunning performance on the last 500 meters of the race handed Sweden not only the victory of this World Cup relay race, but also the 2020-21 World Cup women’s relay cup. In an extremely tight race both Sweden and Germany ended with 216 points each, but the Swedes won as they had more victories than the Germans during the six relay races of the season.

France was third with 204 points, Norway fourth with 198 points and Belarus fifth with 191 points.

Iryna Kryuko, Dzinara Alimbekava, Hanna Sola and Elena Kruchinkina made up the Belarussian squad. They too stayed clear of the penalty loop but needed a total of nine spare rounds to get all the targets down.

The French quartet came home in third place narrowly beating the Ukrainians. Chloe Chevalier on the third leg entered the shooting range for her prone shooting in second place some ten seconds behind the Norwegian leaders. After having fired all three of her extra shots, one target was still standing and she had to do the only penalty loop of the day for the French team. The other athletes representing France were Anais Bescond, Justine Braisaz-Bouchet and Julia Simon.

Ukraine finished the race in fourth place and are now listed in fourth place in the official results. However in the first results published by the IBU the Ukrainian team was disqualified because of what, at first glance, looked like a questionable exchange between Yulia Dzhima and Anastasiya Merkushyna. The only contact between the athletes happened outside of the exchange zone. Because of this Ukraine was disqualified and Norway was initially promoted to fourth place.

Several news media like NRK reported that Ukraine had been disqualified. During the medal ceremony a fair while after the finish of the race, it is visible on the big scoreboard in the stadium, that the Ukrainians are still disqualified, as Norway is listed in fourth place.

However there was another twist in the story. An appeal against the disqualification of the Ukrainian team was launched by the national team head coach Yura Sanitra and some 30 minutes after the finish of the race, the results were amended and Ukraine was reinstated in fourth place.

Race footage showed that even if the contact between the athletes had been made outside the exchange zone, the incoming runner had made contact with the rifle of the outgoing runner inside the zone. This meant that the exchange had been in accordance with the rules and after a jury meeting and careful examination of the available footage the jury decided to change the results and awarded Ukraine the fourth place.

Based on the available images and the rules of the sport it seems crystal clear that the jury made the right decision to have the first set of results amended.

As there seems to be a lot of confusion regarding how the events played out, Sportindepth contacted Christian Winkler, IBU’s communications director, and he has confirmed that the jury did meet some time after the competition and decided to change the first results which had been made public by the IBU and to reinstate the Ukrainian team.

The Ukrainians performed very well and finished less than a second behind the French in third. If it had not been for the penalty loop incurred by Merkushyna during her prone shooting, they would likely have been in contention for the win. There is no doubt that they deserved the fourth place. Darya Blashko did the first leg, Yulia Dzhima the second leg, Anastasiya Merkushyna the third leg and Olena Pidhrushna had the fastest leg time on the fourth leg.

The Norwegian team, which was Sportindepth’s Biathlon model pre-race favourites, looked like they were heading for a victory when Ida Lien entered the shooting range for her standing shooting session about 35 seconds ahead of Belarus and Sweden. However after shooting slowly, spending 72 seconds, she was only able to get down four of the five targets. Lien left the range in sixth place 35.4 seconds behind the Swedes and the Norwegians were never able to pull back this deficit.

Even so I assume that Ida Lien has good reason to be pleased with her performance the last couple of relays as she delivered the goods when it mattered most during the World Championships in Pokljuka.

The US team, made up of Susan Dunklee, Joanne Reid, Clare Egan and Deedra Irwin, performed supremely well, grabbing sixth only 40 seconds behind the winners.

The Italians were seventh with precisely the same time as the Americans.

Norwegian team with a revenge win 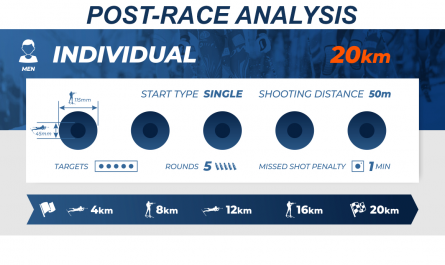 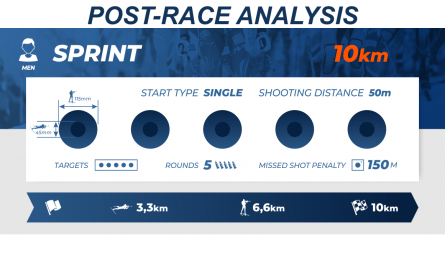