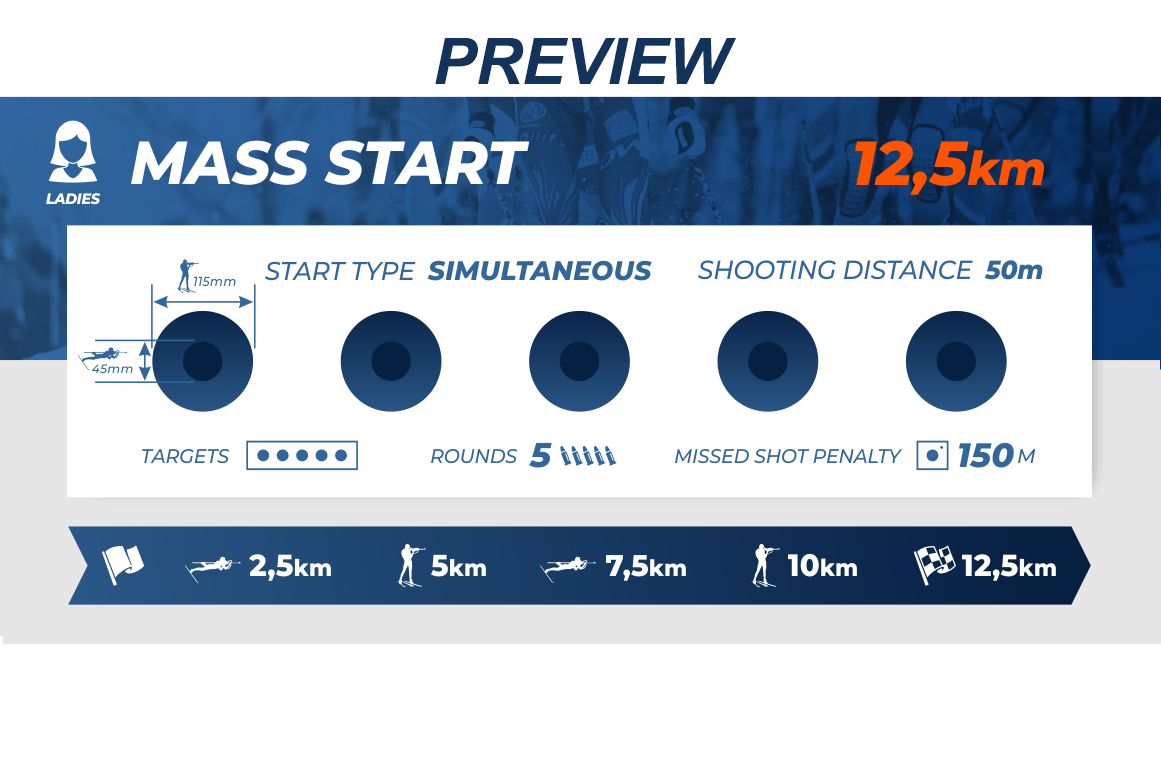 Marte Olsbu Røiseland is predicted to win women mass start race in Antholz-Anterselva. Her chance to win dropped some four percent from the mass start in Oberhof last week, from 20 percent to 16 percent. Nonetheless, Marte is our model’s favourite to win today’s mass start race as well as our favourite to win the 2020-21 overall world cup. She has about a 52 percent chance of winning the overall and is also the most likely winner of the small crystal bowls for the sprint, mass start and pursuit cups.

The Austrian, Lisa Theresa Hauser, who won her first ever world cup event a few days ago when she won the 15 KM individual race in Antholz is our second favourite with about a 14 percent chance to win according to our Biathlon model. The biathlon model expects her to finish only some three seconds behind Olsbu Roeiseland.

Behind the three main favourites the model expects a close race between several athletes, with Tiril Eckhoff, Hanna Oeberg and Franziska Preuss each given about an eight percent chance of winning this race.