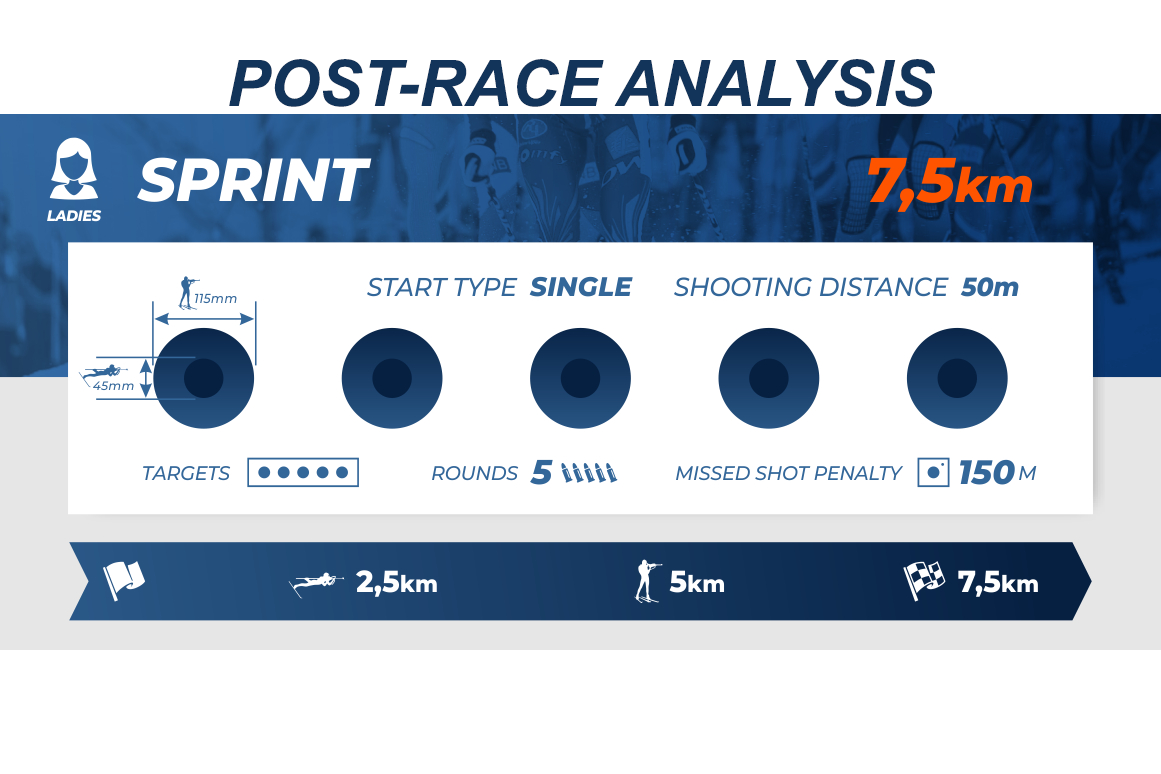 After a great start to the season the sensational Belarussian took her first victory on the world cup circuit. Alimbekava was given about a five percent chance to win the race by our biathlon model and a 13 percent chance for a top three position, so her victory was far from a shock.

Alimbekava hit ten of ten targets and had the tenth fastest skiing time of the day, this was enough to beat Tiril Eckhoff into second place by 8.5 seconds and Franziska Preuss to third by 9.9 seconds.

The press conference with the top three finishers can be found below.

The Swedish dominance we had witnessed, on the women’s side, on Kontiolahti was gone as Elvira Oeberg in eleventh place was the best placed Swede. Elvira Oeberg skied fast, the seventh fastest skiing time of the day, and she led after the prone shooting. However, two misses on the standing shooting put her down in 14th after the second shooting.

The overall world cup leader, Hanna Oeberg, was only 29th after having missed two targets and skied slowly by her standards. Her skiing time was 53 seconds slower than Tiril Eckhoff and only the 32nd fastest of the day.

Marte Olsbu Roeiseland finished in fourth place 17 seconds behind the winner, after hitting nine of ten targets and now have a somewhat equal chance as Hanna Oeberg of winning the large crystal bowl for the overall world cup.

Marketa Davidova had the third fastest skiing time of the time, only four seconds slower than Eckhoff. Combined with somewhat slow shooting and hitting nine of ten, this was enough for fifth place.

Julia Simon both skied and shot very fast. She was less than a second slower than Eckhoff in skiing time and had the sixth fastest shooting time of the day. The fact that she missed twice is the reason she did not finish higher than sixth.

Lisa Vittozzi was the only biathlete in the top ten, in addition to Alimbekava, who hit all her targets. She did not ski slowly either, 19th best time of the day some 40 seconds slower than Eckhoff. This put her in seventh place.

Fellow Italian Dorothea Wierer also took a step in the right direction finishing eighth after having missed one target in the standing shooting.

The favourite of the home crowd Lisa Theresa Hauser was ninth after an okay performance if measured by accuracy, skiing speed and shooting speed. She hit nine of ten, produced the 17th fastest skiing time and 15th fastest shooting time.

Clare Egan was tenth after having missed one target. She skied a lot faster than she did the first couple of weeks in Kontiolahti. Together with Julia Simon, Egan was arguably the athlete who steps up her skiing speed the most from Kontiolahti. 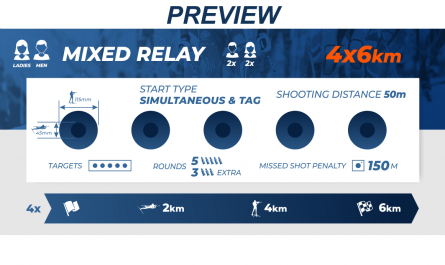