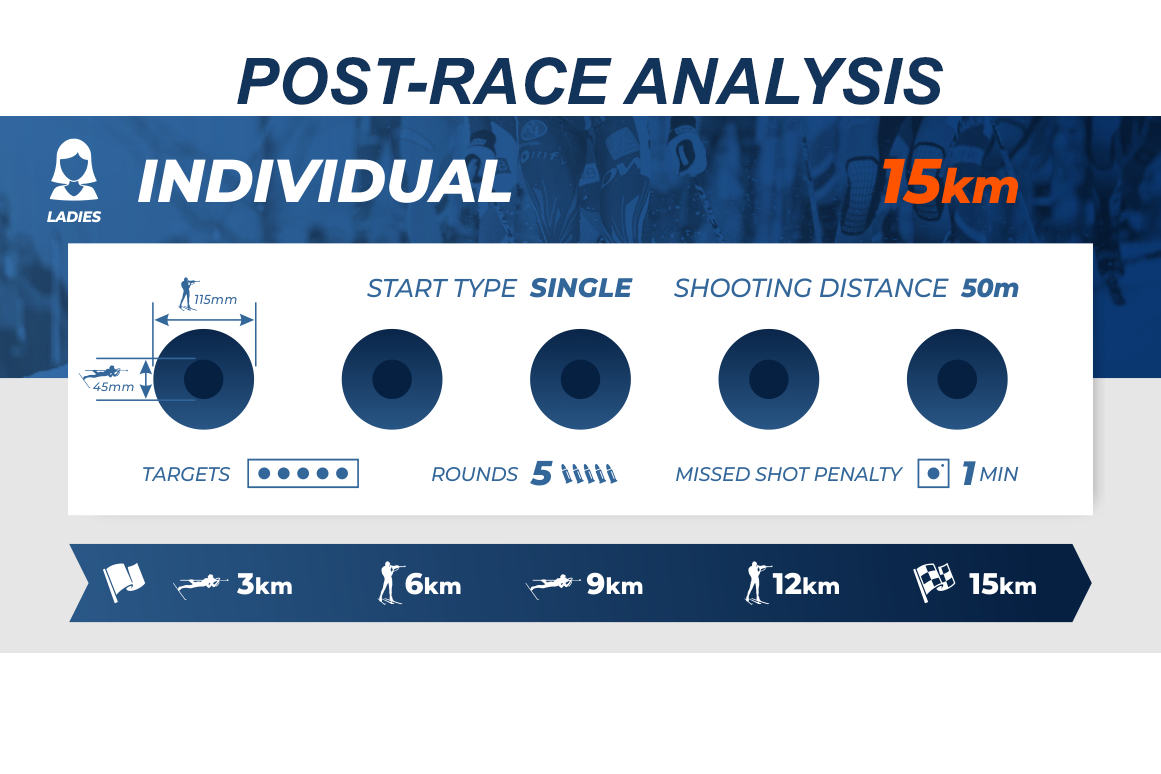 Dorothea Wierer, the winner of the last two editions of the overall world cup, started the 2020-21 season in the best possible way. Her victory of the 2019-20 world cup was arguably achieved by having increased her skiing speed when compared with earlier seasons. This race though, she won very much on the shooting range.

Not only did she hit 20 of 20 targets, she did it fast. On none of her four visits to the range did she produce a time worse than the seventh fastest.

After the fourth shooting she had a lead of 32.5 seconds on Sweden’s Johanna Skottheim and 35.1 seconds to Germany’s Denise Herrmann. At the finish less than a second remained of her lead on Herrmann.

The main driver of Wierer’s tiny and fast diminishing advantage was the extra minute added to Herrmann’s time from her miss at the first prone shooting, but Wierer also added more than 24 seconds purely by shooting speed.

That Wierer almost gave away a lead of 35 seconds on the last lap and that she only produced the 17th fastest skiing time have to be slight cause of concern for the Italian superstar going forward.

Dorothea Wierer was our models most likely winner of this race, with about a 12 percent chance of winning. Wierer also remains our model’s favourite to win the large crystal globe.

As usual the IBU have uploaded some highlights of the race to Youtube:

Denise Herrmann has been reported to have done a lot of work on her shooting during training coming into the new season. It is obviously impossible to draw conclusions based on only one single race, but this was a very promising start to her season.

Herrmann had the third fastest skiing time, which is not bad as she does not particularly like these tracks and as the conditions were softer than is ideal for her.

Herrmann was the model’s fifth most likely winner, with about a 14 percent chance of earning a podium spot.

Johanna Skottheim surprisingly grabbed the last podium spot. Previously her best world cup result had been fourth. She has been fighting back pains for some time and to the Finnish broadcaster Yle she said that:

“She had dreamed of making the podium at some point during this season. That she was able to do it at the very first opportunity felt great.”

Johanna Skottheim was our model’s 30th most likely winner, with a podium chance just in excess of two percent.

A link to the press conference with the top three athletes can be found below:

The Swedes performed very well as a team, with four among the top 10. In addition to Skottheim who was third, Elvira Oberg was fourth, Linn Persson fifth and Hanna Oberg, the winner of the small globe for this discipline last year, was seventh. Mona Brorsson finished just outside the top 10 in eleventh.

The Norwegian ladies skied fast as usual, but their shooting let them down. Eckhoff had the fastest skiing time, closely followed by Olsbu Roeiseland in second. Karoline Knotten produced the best Norwegian result with her 20th place.

Lisa Vittozzi missed four shots in the first prone shooting session and finished the race in 84th place after a total of six misses. I suspect this is her worst ever world cup result. Hardly the start she had hoped for after having to stay at home for 19 days due to a positive test for Covid-19 towards the end of October.

Anais Chevalier-Bouchet placed a promising ninth on her return from maternity leave and Dzinara Alimbekava was a career best eight, producing the seventh best skiing time. It was a decent day for the Belarussian team, as Kruchinkina was 16th, Kryuko 23rd and Blashko 25th.

The Russian biathlete, Larisa Kuklina had a major fall on the third lap where she lost more than one minute and 40 seconds to the leader. She said that she got multiple bruises, injured fingers, back and ribs as well as bad headaches after the fall. As a result, she had to sit out the sprint event the next day in Kontiolahti. 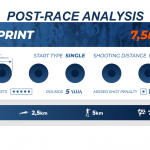 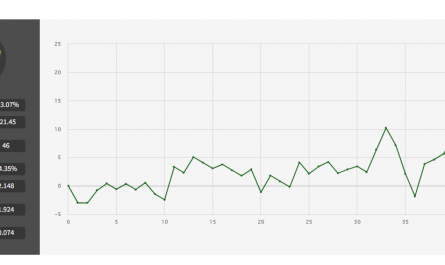