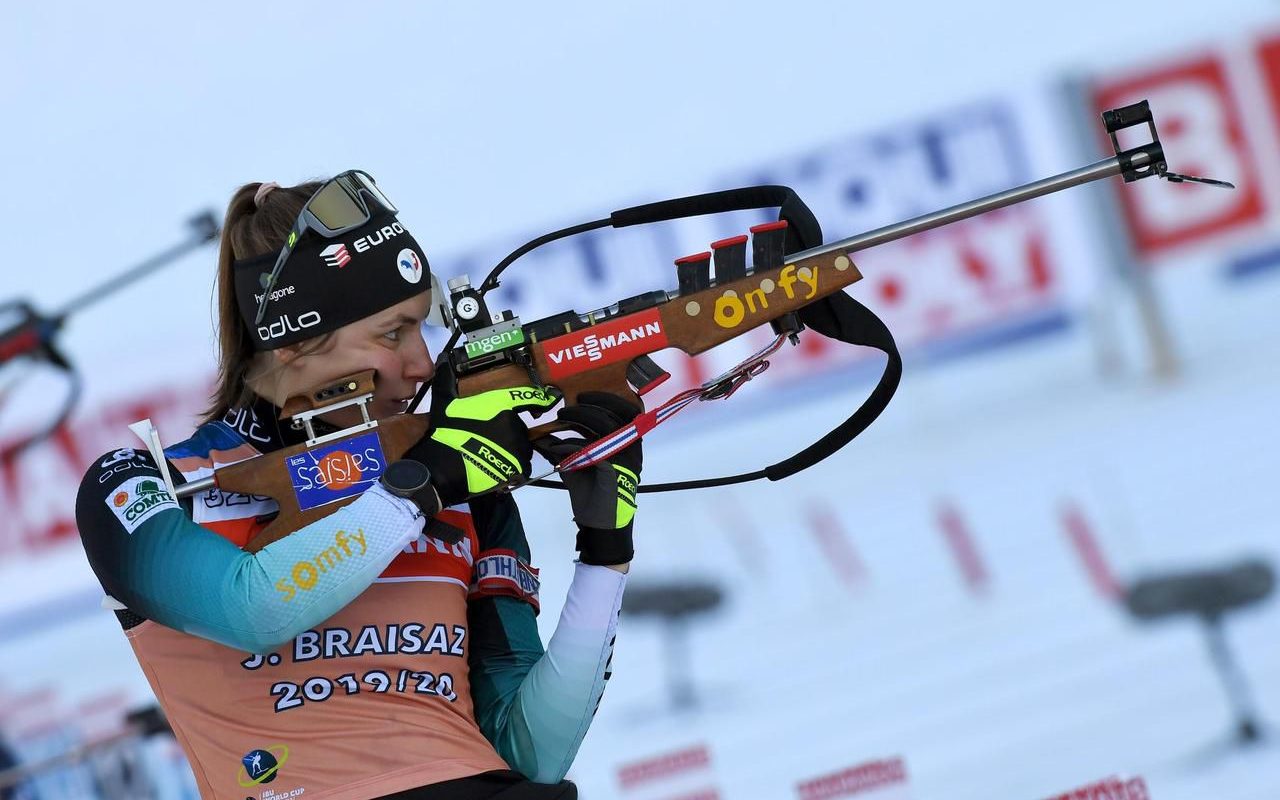 Justine Braisaz had shown great promise as a junior athlete, even so her World Cup debut came as a bit as a shock. During the Sprint in Hochfilzen on December 12 2014, Braisaz ranked 17th. This made her the youngest athlete ever to make a top 20 World Cup finish.

The next week she improved to finish 14th in the Sprint in Pokljuka and became the youngest athlete ever to qualify for a Mass Start in the World Cup. She was not even 19 years old.

Her first podium was achieved the next month when she together with Marine Bolliet, Marie Dorin-Habert and Anais Bescond came second for France in the relay in Oberhof.

A few months later she picked up her first World Championship medal, getting the silver in the relay with her team mates, Anais Bescond, Enora Latuilliere and Marie Dorin-Habert.

Justine earned her first individual World Championship medal, getting the Bronze in the Individual at Ostersund 2019.

Her first individual World Cup podium came December 9 2016 as she finished 2nd a mere three seconds behind Germany’s Laura Dahlmeier in the Sprint in Pokljuka.

The Mass Start she won in Le Grand Bornand/Annecy on December 17 2017, was her first individual World Cup victory.

The IBU did a 20/20 interview with her in Le Grand Bornand just before Christmas 2019. In this interview Justine among other things tells us that if she could offer advice to her ten year younger self, she would not have changed anything.

According to the manager of the French wax team, Gregoire Deschamps, Justine’s resting heart rate is only 34 beats per minute.

Justine Braisaz is a Sciences and Technology student at Grenoble Alpes University.

Together with her team mate, Julia Simon, she is competing for Cluc des Sports Les Saisies.

Growing up in the same region being of a similar age, Justine Braisaz and Julia Simon have developed their biathlon skills side by side through the years. In this interview, Justine speaks about her love of the nature of Les Saisies and how she benefitted from Julia Simon’s arrival as an alternate for the French team at the Pyeongchang Olympics.

Considering how fast Justine is capable of skiing it is obvious that her potential as a biathlete is second to none. 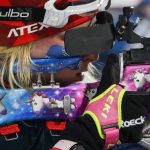 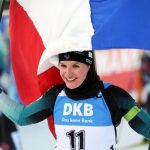